First off, Welcome to the new ProAthleticPhoto website portfolio and blog.  Although this is this sites first blog entry, many of the portfolio shots have been done over the course of the last few years!  For some of you who are new to my photography work, I may even go back and blog about some of the older shoots which I’m fond of!  But for now, Let’s talk about Velocity Sports Performance and MetroFitness cover model this month – Delvin “Chip” Breaux! 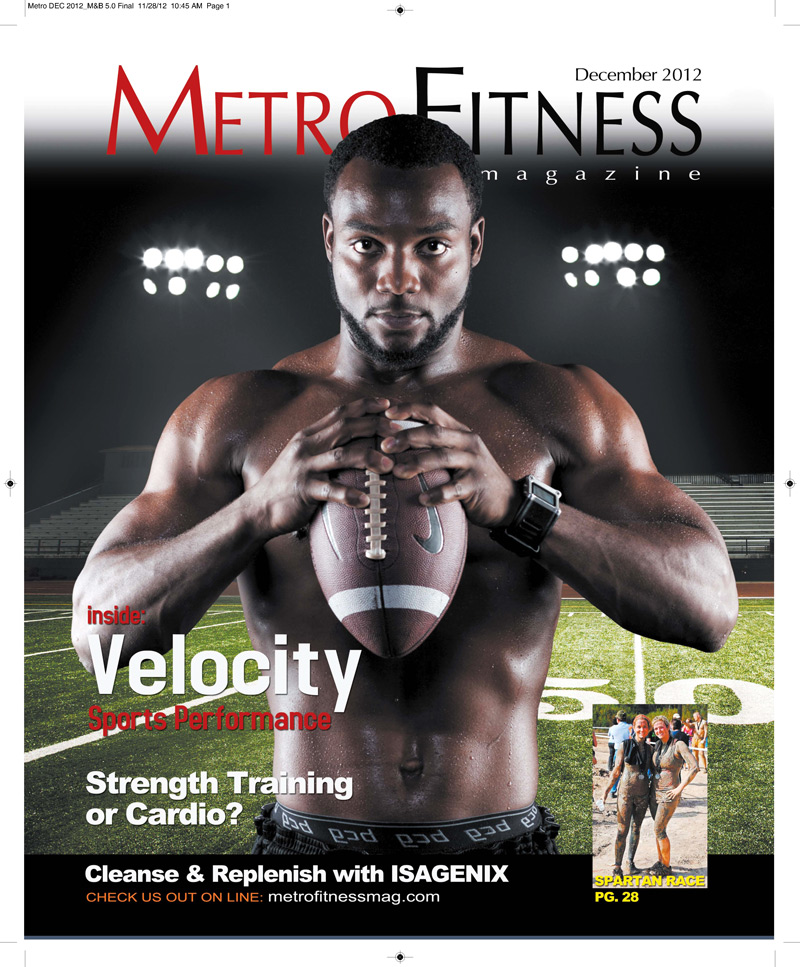 Signed letter of intent and ready to be enrolled as one of LSU’s next defensive playmaker, Delvin unexpectedly suffered a near fatal injury during a routine kickoff for his former high school team McDonogh 35.  A simple every day tackle went terribly wrong and Delvin suffered a broken c4, c5 and c6 vertebrae. The doctors were surprised he lived through the incident.  Hopes of playing football again after a broken Vertebrae? Odds weren’t looking good.  But Chip wanted to prove everyone wrong, and in nine months he did what the doctors said would take no less than 2 years.  He was fully rehabilitated, and cleared for football once again.  Although there were missed opportunities now for playing with LSU, we fast foward and find him as the signed Corner Back for the New Orleans Arena football team, The New Orleans Voodoo!

So where does Chip keep in shape and his skills honed for the field?  Velocity Sports Performance of New Orleans.  Not only is Velocity a full service gym for the average health enthusiast, but it also boasts an Olympic style weight room and indoor practice field to cater to the elite athletes.  You can read up more about Velocity sports in this months issue of MetroFitness Magazine.

In addition to Chip, I was able to shoot another athlete to watch out for and showcased in the article (Sled pull), Korey Williams.  An all American from Southern Miss, he missed his senior year due to a torn acl yet his skills still got him noticed and picked up by the NY Giants.  Unfortunately slow healing of his injury caused an early release, but his work ethic and training support from Ian Ott of Velocity Sports Performance  is making his come back to a harder and stronger version of his pre-injury self achievable. With an NFL PRO day  looming, he’s sure to be picked up again and ready for Sunday football! 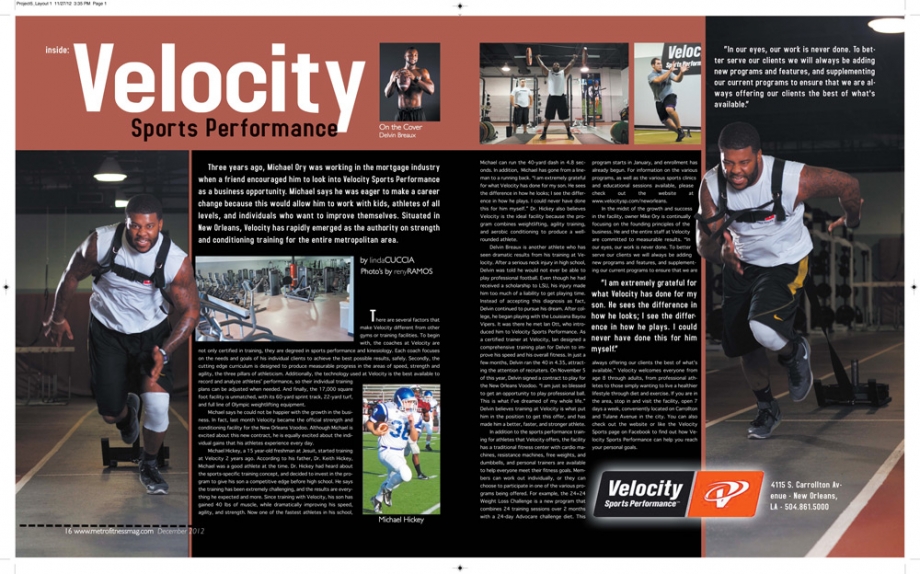 Check out the article in MetroFitness magazine.

Stay tuned! I’ll have more photos and video of drills on Velocity Sports Performance and the various NFL hopefuls they train with!  Very excited to be working with these guys!